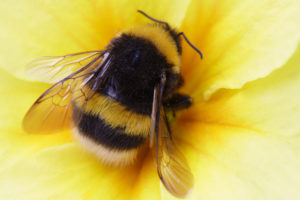 Beliefs … what amazing things!! As Henry Ford said, ‘Whether you believe you can, or believe you can’t, either way you’re right’. Did you know that beliefs don’t exist! Beliefs are not ‘things’. Believing is a process. Something you do, although most of the time believing happens outside of our conscious awareness. How different might it ‘bee’ for you, knowing that believing is not static, it’s

I wonder what you are choosing to believe today? Whose beliefs are you believing, yours or someone else’s? Adopted outside of conscious awareness # or have you chosen, consciously to believe them?

Which brings us to bees. A bee is made perfectly to do a wonderful job of bee-ing and doing!

A myth dating back to the 1930’s, when French Entomologist August Magnan noted that a bees flight should be impossible because of the haphazard way their wings flapped around (compared to an airplane). Thankfully, the bee didn’t know this and kept flying. I wonder what would have happened if the bee decided to believe this? Subsequent studies (e.g. Lijang Zeng, 2001, Dickinson, 2005) have found that bees fly in a completely different way to airplanes. By flapping their wings really fast (230 times per second) and back and forth (in a partial spin, creating vortices in the air like small hurricanes) they fly beautifully and wondrously.

I wonder how you might believe in yourself differently today to support yourself even more?